The responsibility of the press 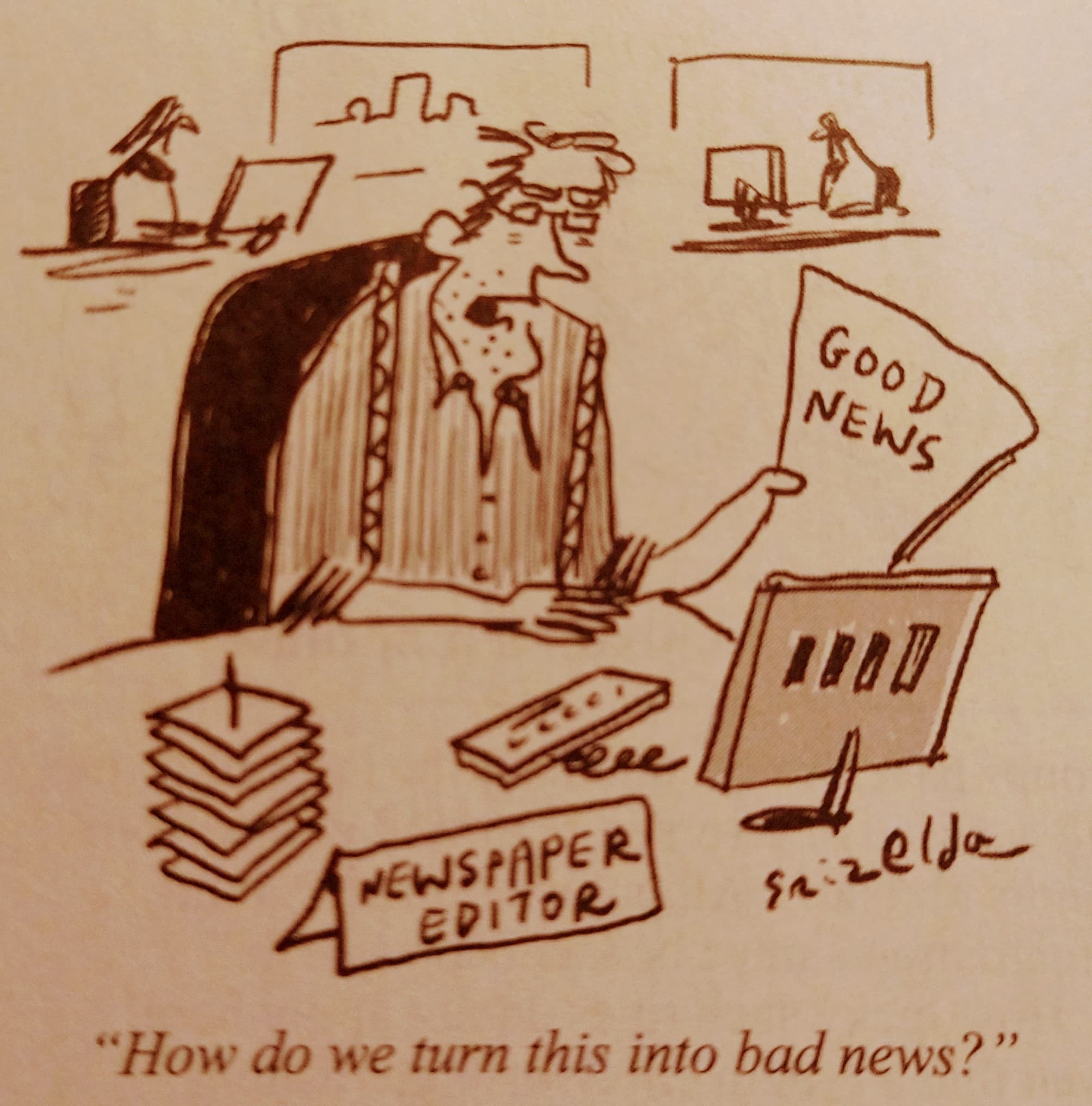 Yes, this is a joke from Private Eye but it has a serious message. Journalism doesn’t have to be negative. The press has a social responsibility as well as a duty to report the facts.

We must have all heard people say (or have even said ourselves): “I’ve stopped watching the news/reading a newspaper because it just depresses me.”

This is one fact that journalists need to be aware of. You cannot simply bombard your audience/readers with negative news after negative news. There has to be balance.

Seeking out the bad

The key message from this cartoon, however, is that many journalists in the 21st century will seek out the bad in any happening. They will even discard news that has a positive angle in the belief that their audience isn’t interested.

For example, vaccines have been produced in record time that will save the lives of hundreds of thousands of people around the world. Poor nations are going to benefit from the technology (and generosity) of wealthy countries.

However, journalists are asked to seek out the problems rather than focus on the positive. So we read stories of distribution issues, of efficacy concerns, of countries playing politics, of potential vaccine wastage (since been spiked), and of much more. Of course, these are key issues but the way they are given such prominence means that the negative reports far outweigh the positive.

In this article I discuss the negativity that surrounds us and how even the most positive breakthroughs, such as curing cancer, are almost certainly destined to be reported in such a way that huge chunks of the country will experience nothing but misery.

Quite rightly, there is a much bigger focus on mental health these days but so far nobody has shone a torch into the face of publishers and reporters who provide a direct interface with the public.

Of course, we don’t want to see a reporter chuckling as he announces hundreds of deaths from a natural disaster and we don’t want good news to be made up (“Unicorns found in the Lake District”). Likewise, we also don’t want to be patronised with “And now for something trivial” tagged on the end of a series of depressing reports.

What we want is good, honest reporting where journalists are not automatically programmed to hit their fellow human beings with as many negative ions as possible. Surely, that isn’t too much to ask.