One thing that has annoyed me more than most about the vote for the UK to leave the European Union has been the blame game. 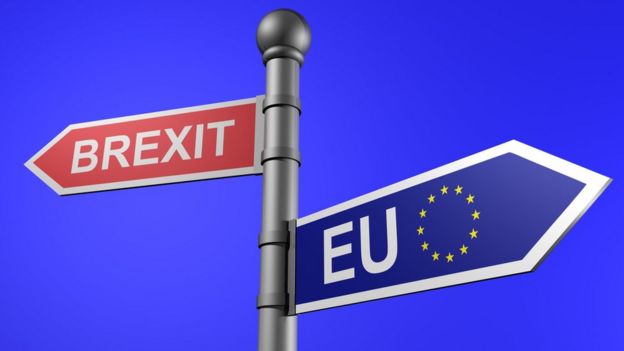 Never mind the – apparent – fact that friendships have been severely weakened because two mates voted different ways and couples have even fallen out for the same reason. Never mind that the world seems to have gone into panic mode in 2016 when we are remaining a member of the EU until 2019. And never mind that the sore losers – the so-called ‘remoaners’ – are using every trick in the book to undermine the vote and the government now tasked with putting it into effect.

No, above all these irritations is the continual and lazy practice of pointing the finger at someone with the very strong suggestion that if they had seen the light and come to their senses we would still be in the incredibly wonderful thing that was the EU. Remember how glorious those days were when we were told what to do by faceless unelected people in Brussels, with the EU essentially run by Germany and France who would boss the UK around? They were great, weren’t they?

There was a fascinating discussion on BBC Radio 4 the other day between a couple (I missed the part that explained if they were friends or relatives or partners), one of which was English and one from Northern Ireland. The English man could not believe that the Irish woman had voted to remain in the EU, which is a different viewpoint for the BBC to broadcast, it has to be said. She admitted she had done it for purely selfish reasons because Northern Ireland was a net beneficiary of EU funding while England was a net contributor (this chart gives you an idea of those who gain and those who don’t but does not break down parts of the UK). For his part, the man said he was staggered that the woman put finance ahead of democracy and allowing people to have some influence over their own lives.

People across the classes voted differently, as did the right- and left-wingers, as did people of different ages. I’ve said it before but it’s worth repeating, the main leavers were in the 35-54 age bracket and not the people who wouldn’t have very long to live in a UK outside the EU. In this age group, 52 per cent voted out which was exactly how they voted in Wales (a major recipient of EU billions) and also how the overall vote turned out. It was also remarkably close to the 53 per cent in England in favour of leaving.

It’s often very difficult to work out why people vote the way they do but with a 72 per cent turnout you’d have to say that the electorate were certainly engaged this time – you need to go back to 1997 to find a general election with a similar turnout.

So the finger pointing serves no purpose whatsoever, nor does the argument that all those people who voted leave didn’t vote for what the government has to do in the aftermath. And we were told lies in the run-up to the vote and given promises that were not kept? Get real, this happens in every political party’s manifesto in the run-up to every general election. Even locally, you are promised that those darned potholes are going to be mended but you vote the candidate in and you’re still driving around for the next five years or more risking your suspension.

Once we get over blaming everyone else for what happened, the far more productive thing to do is focus on the future. There has been a great deal of scaremongering and platitudes in equal measure and the remoaners really do need to get over themselves and not talk the country down because ultimately that brings the markets down and the depression becomes a self-fulfilling prophecy.

There are many commentators in national newspapers and online who will tell you we are all going to hell in the proverbial handcart because we have finally freed ourselves from the EU behemoth. But there is one commentator that makes sense for me, even if he is inconsistent. Claiming that the EU was good for the British economy in 1973 but not so good now, Sean O’Grady, Deputy Managing Editor of The Independent, wrote of Brexit the other day: “The pain is worth it… to rejoin the world economy with a competitive offering, rather than relying on a large but essentially closed off, stagnant and protectionist single market”. (However, it’s worth noting that this is the same Sean O’Grady who wrote five days after the EU vote that “Brexit won’t happen”, “it’s undeniable that we’ll stay in the EU” and a second referendum is very likely, but there you go).

To get back on message, the same newspaper quoted John Rentoul saying that it would be ridiculous for the Prime Minister to lay all her Brexit cards out on the table before playing the EU poker game. Any sane person would agree with this but it would seem that the man who once wanted to be our Prime Minister, Ed Miliband, does not. And no, Parliament should not get the opportunity to block what the people have voted for. That way comes anarchy.

So give over with the blame game, stop trying to derail the Brexit train just because you didn’t want to go in that direction, and make the most of the situation. And if the EU in its negotiations proves to be immovable, inflexible, awkward, stubborn, bullying, even vengeful to the point that companies go out of business and tens of thousands of people lose their jobs, then it is clear that the British people made the right decision.

Any fool can be a newsreader?